ANAHEIM, Calif., June 7, 2016 – Hestan Commercial Corporation, maker of the most advanced commercial kitchen appliances on the market, has been named a 2016 Excellence in Design (EID) Awards recipient by appliance DESIGN magazine for its French top range and modular salamander system. For the “Major Appliances and Commercial Vending” category, Hestan’s French top won the Silver Award and the company’s salamander won the Bronze Award.

Hestan’s Tri-Ferrous French top with maximum center temperature and gradient is available in 18-, 24-, and 36-in. widths. It features a thick-gauge, welded stainless steel radiant cone around its 35,000-Btu/hour gas burner. The cone traps and focuses radiant and convective heat within a controlled space below the center plate – resulting in as high as 1000° F at the center and as low as 320° F at the edges. This is the highest temperature delta of any French top. Hestan’s longitudinal modular salamander and shelving system can be hung without permanent hardware by means of unique, hook-like brackets of heavy-duty steel for optimum rigidity and durability. This modular system, which can be switched from salamander to cheesemelter and back again, is supported longitudinally on a riser to allow complete horizontal movement – giving it the flexibility to be placed anywhere on the line for maximum functionality. The EID Awards annually recognize new equipment and technologies based on their creativity, ease of use and visual appeal. An independent panel of design experts selected the EID Award recipients. All recipients will be profiled in the June 2016 issue of appliance DESIGN and featured on the magazine’s website at http://www.appliancedesign.com/eid, a permanent section dedicated to the competition.

“This recognition for design excellence is a testament to the expertise and tireless efforts of our team of talented engineers,” said Chris Moy, vice president of engineering for Hestan Commercial Corporation. “It’s a real thrill to see products you’ve designed with input from top chefs in kitchens of some of the country’s finest restaurants – but being recognized and awarded for your efforts takes the thrill to new heights.”

Hestan Commercial Corporation launched in February 2015. Built entirely in the USA and with six utility patents and five design patents pending, Hestan Commercial Corporation is an innovative kitchen line designed with input from some of the world’s top chefs and leading kitchen designers to revolutionize the world of foodservice equipment for the professional kitchen. The entire stainless steel line is “purpose-built,” to address the performance, maintenance, energy use and durability challenges chefs experience daily. Standard features such as hydraulic-assisted oven doors that provide a soft open and create less wear are one example. #Awards - June 24, 2021
Hestan is excited to announce it has won a Silver Stevie® Award in The 19th Annual American Business Awards®. [...] END_OF_DOCUMENT_TOKEN_TO_BE_REPLACED Hestan Named Among Most Innovative Companies for Second Consecutive Year

#Awards - January 26, 2021
Hestan is honored to share that we have been recognized in the 2021 BIG Innovation Awards! Presented annually by [...] END_OF_DOCUMENT_TOKEN_TO_BE_REPLACED
0 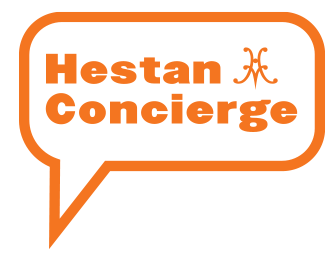